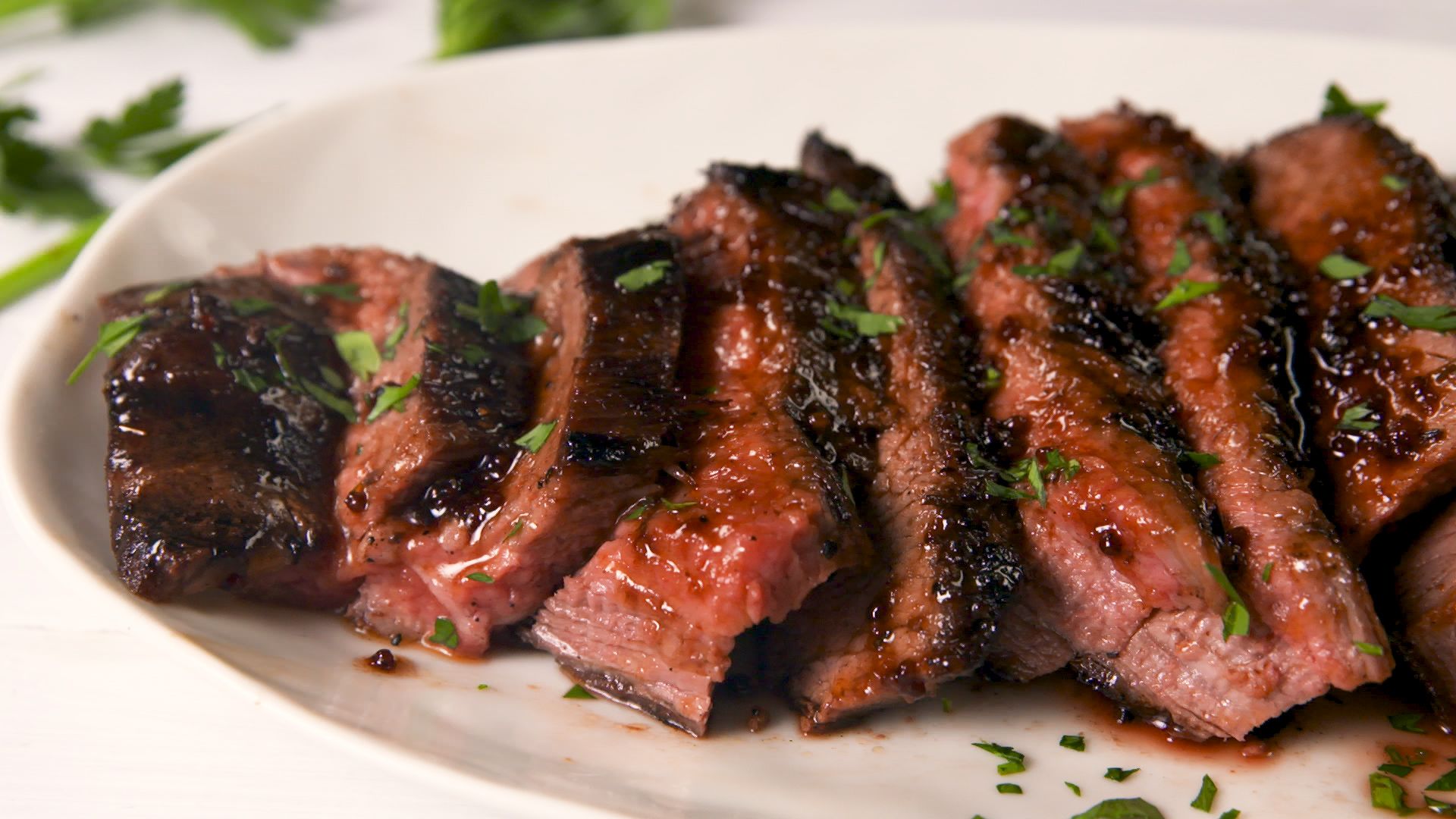 Don’t we all love firing up the grill over the weekend and slapping it with a cold, well-seasoned T-Bone? During the week, there isn’t enough time to slow grill tender rib-eye steaks or it’s just not yet grilling season. Either way, cooking steak indoors is one of those skills you’re better if mastering. It’s conventional wisdom that cast-iron pans make the best steak. But, how does the steak they sear compare to that of a stainless steel, ceramic or even traditional skillets? Does the pan’s material affect how it tastes?

You could use any kind of steak on them but 1 and a half inches of sirloin tend to be the juiciest. Let it sit on the countertop for half an hour, if it was frozen, so that it gradually warms up to room temperature. Frozen steak takes longer on the skillet and that’s the easiest way to overcook it. Cast iron skillets take long to heat up but when they do, they retain this heat for long. They’re the best for indoor searing as they’re flat – guaranteeing that each inch of your sirloin is in contact with the hot surface. If its aesthetics you after, get a cast iron grill instead. They make the best-looking steak – though it doesn’t taste as great as there’s uneven cooking on the surface.

It would be impossible searing steak indoors without seasoning it with a generous amount of Kosher salt. Perhaps kosher salt works better than table salt due to its larger particles. Cast iron skillets and pans are best at making medium and medium-rare steaks. Juicy steaks are made when you let them rest for five minutes (wrapped in aluminum foil). All the juice “settles” and won’t gush out when you’re cutting it. Steak with tough muscle fibers is best sliced against the again. Consider getting steak from younger animals or from the back and ribs as they tend to be softer. Generally speaking, steak from the shoulders and legs is tougher as these are the primary muscles in use when the animal is walking.

Searing is where you give steak that brown, crusty exterior. Turn the heat up and get the skillet red hot (is possible). Spread a generous amount of grapeseed oil until your skillet is adequately seasoned. Sear each side for ~2 minutes and that’s it. Traditionally, steak used to be seared on a pan before oven cooking it at 350 degrees for a few minutes. It was argued out that finishing it off in the oven helped in evening out the steak’s interior.

PRO TIP: You can give your steak those enviable “diamond” grill lines by lacing your steak on a pre-heated grill, in the 10 o’clock – 4 o’clock position until it sears and then realign it in the 2 o’clock – 8 o’clock position. Pros flip the steak when they see the juices rising to the top. If you have a meat thermometer, 500 – 500 degrees Fahrenheit is the magical range.

Steak on a ceramic-coated skillet/pan

What do making steak and baking a soufflé have in common? There are acceptable degrees of “doneness” when making either and the transition takes place by the minute. Even though ceramic pans are quite responsive (temperature-sensitive), they shouldn’t be in the oven for more than five minutes as this is the surest way to get them warping. They’re made of low iron alloys and you can’t effectively make steak on them with an induction cooktop.  You’ll have to use a gas stovetop.

The right steak for a ceramic pan

It’s a nightmare cooking tougher cuts – Tri-top, sirloin and flank steak on them. Look for strap steaks and T-bone steaks. Bonus points if you can get cuts with a marbled texture.  Sure, fatty cuts aren’t the healthiest but they make juicy steaks once they melt. Any steak will less than an inch of thickness will certainly overcook on a ceramic pan. Unless you want those thin, ugly grey lines of overcooked beef on your steak, ask your butcher for thicker cuts.

Preheat the skillet to 400 degrees Fahrenheit (preferably in the oven). Place the steak on the skillet – fatty side down – for two minutes. If your cut isn’t as fatty, season the skillet with canola or groundnut oil. Butter won’t work as it heats up too fast and will smoke, and you’ll need a powerful range capable of diffusing this situation. Even if you don’t mind having too much smoke in the kitchen, it will still tinge your steak’s flavor.

Cooking steak on a stainless-steel skillet

These skillets are the most durable, healthiest and sadly, priciest. They’re believed to be the healthiest as they PTFOA and PFOA free though there’s no evidence proving that these compounds are actually harmful. Cook and Brown compares hot pot cookers here

Boneless cuts, ideally rib eye, are the best for cooking on stainless steel cookware. Bones aren’t the most fun part in cooing and they in fact uneven “doneness”. Steak shrinks when cooked, but do bones shrink? Of course not. That’s how you end up with uneven overcooked and under cooked textures. Either way, the “perfect” cut is subjective and if you will choose loin steak over any other cut, by all means go with it. Thick (greater than 2 inches) and marbled steak ends up being rich in flavor when cooked on stainless steel cookware.

Put the pan on high heat. Let it become so hot that a water droplet darts all over the surface. Season it with canola oil. Don’t use so much oil. You’re not frying the steak. Pat the steak dry paper towels. Browning a non-moist steak is easier. If the pan doesn’t sizzle when you place the steak, it’s not yet hot enough. Meat thermometers eliminate the guess work here. Stainless steel pans aren’t nonstick. Create a nice, flavory crust by flipping the steak every 40 seconds. Any longer than that and it will certainly stick. Add in your favorite herbs and spices.